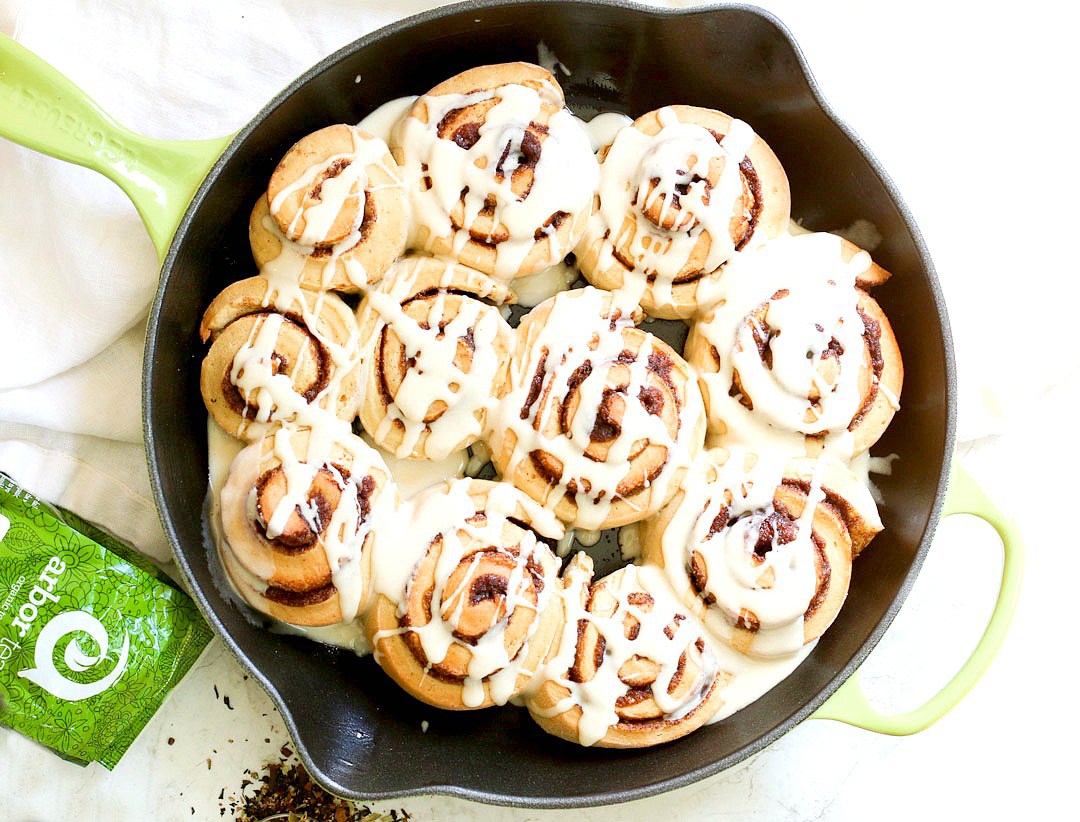 Words, photo and recipe by Dana at Killing Thyme.

It’s rare that I bake when my Mom isn’t around; dough frightens me. (Well, it used to.) Since I grew up watching my Mom make pies, pierogi, and other dough-y things from scratch, I tend to wait until she’s in town before I bust out the flour and blow the dust off of my rolling pin. And since she lives a solid 12 hour drive away, she isn’t here often — so I go BIG.

Last year we made these drool-worthy beer pretzels. This year, I made her stand by as I rolled up these nomtastic cinnamon rolls and I think I’ve finally found the confidence to bake by myself!

These are too easy, y’all.

These aren’t your average cinnamon rolls, either. They’re infused with Arbor Tea’s Organic Masala Chai giving them a warming flavor with the essence of clove, ginger, and cardamom. And yes, the icing is also infused with chai because in this house, when we chai, we chai hard.

Pumpkin spice can take a backseat! (In the garbage can.)

I’m really happy to report that these were WAY easier to make than I thought they’d be.

Recipe by Dana at Killing Thyme