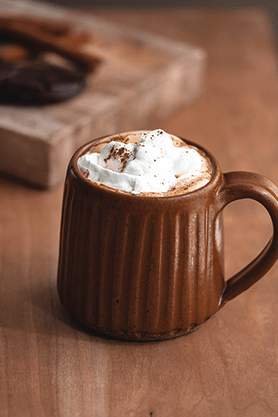 Mexican coffee delivers a winning combination of spice, chocolate and coffee. But, sometimes you don’t want all of the extra caffeine. Enter our caffeine-free Organic Chaga Chicory as a full-bodied replacement for the coffee! Our Organic Chaga Chicory offers a tantalizing coffee-like taste and brews up dark and thick. While this drink is not entirely caffeine free (because of the chocolate) it contains significantly less caffeine compared to a traditional Mexican coffee.