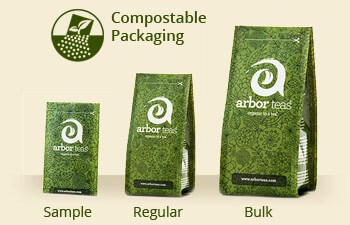 Ti Kuan Yin is the most famous of all organic oolong tea. This Fair Trade Certified organic Chinese tea is grown in China's Jiangxi Province. The balled emerald green to dark green organic loose leaf tea leaves yield a pale golden, smooth-bodied infusion with a complex aroma having accents of sweet flowers, rich greens and forest floor. The taste of the liquor is deeply vegetal with slight floral qualities. The characteristic "oolong glow" is nicely prominent. As with our other Chinese oolongs, our Ti Kuan Yin may be infused multiple times, with each infusion revealing a new nuance of this tea's complex flavor. 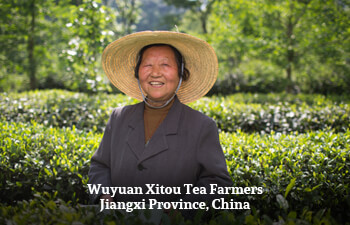 Jiangxi, located on the Eastern side of China, is surrounded by mountains on three sides and sits comfortably in a subtropical climate, making it an excellent place for growing tea. As a whole, tea isn’t a large export from this part of China, but in the north of Jiangxi tea production has become an important part of the agriculture. The Jiangxi WuYuan Xitou Tea Farmers Association reflects the transition of a society from governmental control to democratic processes and market economy. Once state-owned, WuYuan Xitou’s ten tea gardens are now owned by individual farmers who have collectively assembled to make up the farmers association that became Fair Trade certified in 2004. 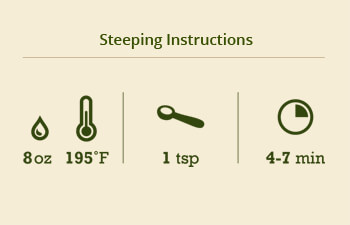 At Arbor Teas, we believe tea should be brewed to suit your personal taste. We’re happy to make recommendations to get you started, but don’t hesitate to experiment! When brewing your tea, your main considerations are tea quantity, water temperature, and steeping time. We recommend oolong teas to be steeped for 4 to 7 minutes in water heated to a just about boiling (approximately 195 degrees F). For the best flavor, use fresh water whenever possible. Try not to steep your tea longer than necessary, as you’ll extract undesirable bitterness from the leaves. If you want a stronger brew, don’t steep longer, just use more tea. And don’t forget to re-steep your tea leaves to get the most out of your leaf! 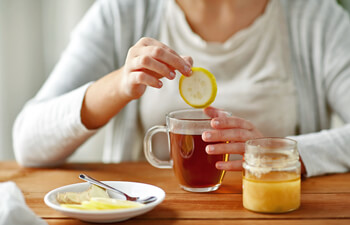 Like all true tea, oolong tea offers many potential health benefits. Research has found that tea (Camellia sinensis) can have many positive effects on human health, including improved cardiovascular function, cancer risk reduction, improved immune function, improved oral health, and help with weight management. Tea is also full of polyphenols, which are a class of antioxidant that help your body maintain homeostasis and balance your stress levels.

For more information about the health benefits of oolong and other types of tea, and for direct sources of the above information, check out our Tea Health Benefits page! 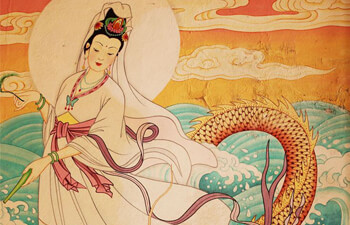 According to legend, the name Ti Kuan Yin came from a Qing Dynasty Emperor who became very ill, and no remedy could cure him. One day an advisor to the court (from Fujian) shared some of his homegrown oolong tea with the Emperor, who was miraculously cured. Upon his recovery, the Emperor named this tea "Ti Kuan Yin," which translates to "Iron Goddess Of Mercy.” The Emperor declared that the tightly rolled and well-baked tea leaves resembled iron and had the healing powers of the Buddhist Goddess Of Mercy (Kuan Yin).

In China, tea is often brewed using the meditative Gong Fu method. This formal, ritualized approach to tea preparation dates back to the Ming dynasty (1368-1644 AD). The term "Gong Fu" refers to skill gained through practice - expertise derived not from learning but experience. While the term "Gong Fu" could signify the serious practice of any art form, such as the martial art of related name (Kung Fu), Gong Fu Cha refers to the elaborate preparation of tea using miniature Yixing pots, cups and tea pets (small clay figurines). Yixing teaware is named for the purple clay it is made from, which hails from Yixing in China's Jiangsu province. Everything in Gong Fu service is small and delicate, placing emphasis on the elegance of the tea. Balled oolongs are the preferred tea in the Gong Fu ritual; they are steeped multiple times to highlight the evolution of taste as the leaves unfurl.

For even more information about this and other traditions, visit our Tea Traditions Page! 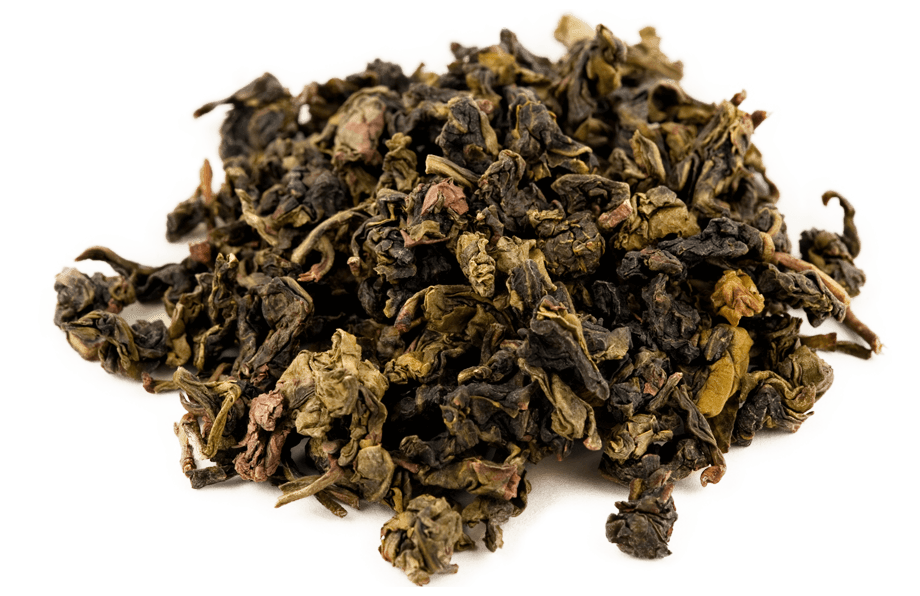 Light amber infusion with a roasted quality and sweet earthiness