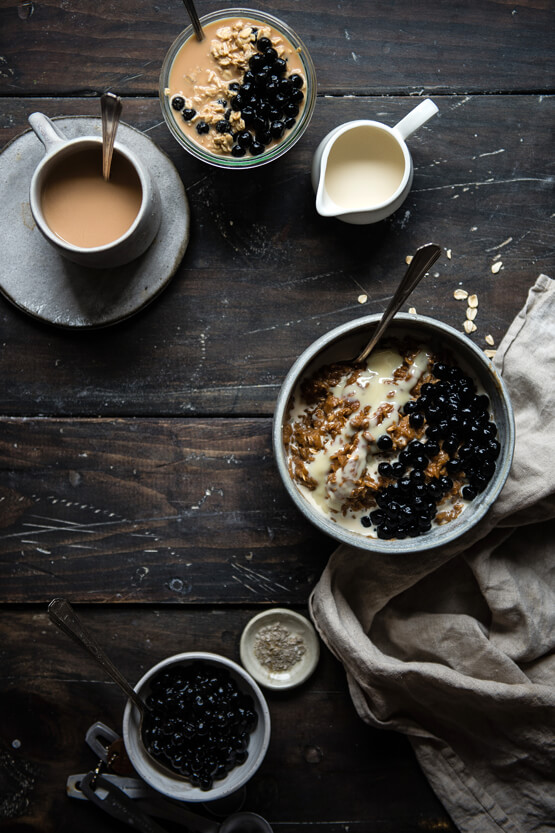 By day, Cynthia Chen is a junior lawyer at a New York City law firm. You wouldn’t think that leaves a lot of time for cooking, and you would be right, but this doesn’t stop Cynthia from following her passions into the kitchen, where she cooks up creative recipes for her blog, Two Red Bowls.

For Cynthia, food is a way of coming together and nourishing the body, mind and spirit. She explains: “As a kid who grew up in the South in a Shanghainese family, I feel it's a central part of my upbringing because both of those cultures value food as a way to gather loved ones around the table. It's also a key part of learning about where my husband has come from, by learning his mom's Korean recipes or his favorite foods from Hawaii, where he grew up.”

But she follows her cravings, not tradition, to make inspired, delicious recipes that often blend eastern and western traditions in a way that is wholly new. Take, for example, the recent recipe for Bubble Tea Oatmeal .

“It always starts with the food,” she says. “What we feel like eating, what I had in a restaurant that I can't get out of my head, what I might want to make for friends. Then I brainstorm based on my past recipes, and if it's something I've never made, I do some research to see what has or hasn't worked for other people."

This is quite an experimental approach for someone who didn’t grow up cooking. Cynthia explains: “My mother had always presided over the kitchen in our house, so it wasn't until I went to college, and really when I started living in an apartment in law school, that I started cooking and experimenting on my own. Which meant a lot of phone calls home for recipes, and also a lot of Googling.”

The result, years later, is a treasure-trove of crave-worthy recipes and drool-worthy photography.

For those of us who love to cook with tea, there’s plenty of that too – from the London Fog Cupcakes , to the Lemon Ricotta Pancakes with Chamomile Whipped Cream and YuanYang Coffee Tea Ice Cream .

“I love that you can think of an application for almost any kind of tea outside of its traditional brew,” Cynthia says. “I think I have yet to meet a tea I didn't like to cook with, but if I had to choose, I love Chinese black teas in savory foods since they're already so traditionally a staple, and I love matcha in just about any sweets ever.”

What’s Cynthia’s favorite tea to drink? Like many tea-lovers, it depends on the time of day. “I never get tired of English breakfast in the morning. I also like fresh ginger tea after dinner – especially when I eat a little too much! I once spent a summer living in South Africa and we used to drink rooibos there every evening before bed – that's another favorite.”