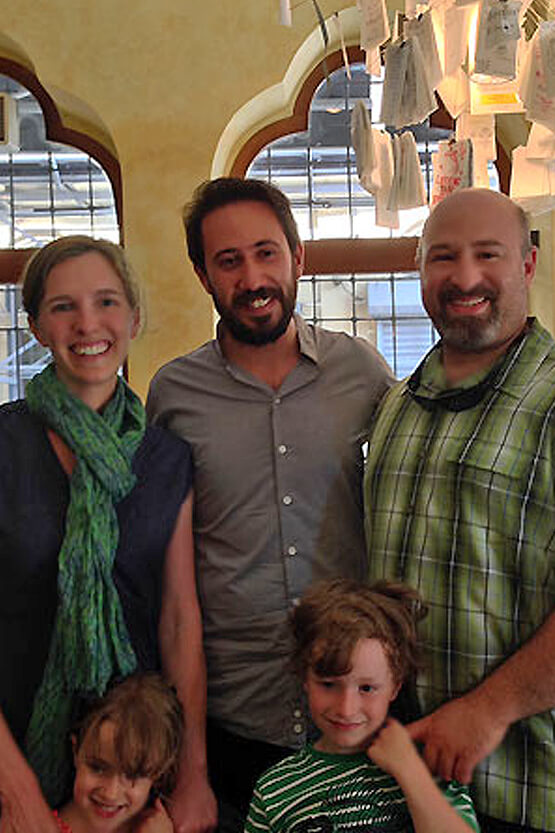 While recently traveling in Turkey, we were lucky enough to visit a lovely specialty tea cafe named “Dem” in the up-and-coming Karakoy neighborhood of Istanbul. Voted the best cafe in Istanbul for 2013, Dem has been in operation for only 1 year and its owner, Ömer Çagatay, is already prepared to open a second location.  While tea service is an age old tradition in Turkey, specialty tea is only now catching on in this ancient city. Dem is definitely a front runner in this arena. Their tea menu features over 60 teas that are sourced from all over the world including: black, green, oolong, white, pu-erh, and herbal teas. However, Jeremy and I were most excited to try Dem’s Turkish tea offerings. Yes, Turkey has a small tea growing region in the northern coastal area near the Black Sea.  Turkey manufactures mainly black tea and produces barely enough to satisfy the country’s own demand, exporting virtually none, which is why it is not well known outside of the Turkish borders.

While at Dem, we tasted two Turkish teas.  A tirebolu tea from Giresun. This tea was produced from tea grown at higher elevations of the Eastern Black Sea region and was one of the best Turkish teas we tasted during our entire stay in Turkey. We also tasted an organic hemsin tea from Rize (a well known tea growing region).  Tea grown in Rize is also available in many Turkish supermarkets.  Both teas were tea bag cut leaf – the predominate cut in Turkey - and produced a straightforward liquor, reminiscent of a low-grown Ceylon.  Additionally, we tasted Dem’s version of Turkey’s ever-popular herbal Apple Tea. We were delighted to find that their version is much more than the usual instant powder that produces a highly-sweetened and tart apple brew. Instead, Dem has a lovely loose herbal blend that includes actual pieces of dried apple, offering a slightly sweet herbal concoction that our children (ages 4 & 5) loved!

In Turkey, tea is everywhere! It is a traditional offering to guests and is important in Turkish culture as a form of hospitality. It is traditionally brewed in a two-tiered, stacked, samovar-like apparatus. The smaller top teapot contains a concentrated brew of tea that is kept warm by the lower vessel. The concentrated brew is called “dem”, which is also the namesake of the cafe. The larger, lower vessel contains water that is heated to piping hot. The liquid from the two vessels are combined to create a tea of varying strength. A tea drinker can ask for more dem or less dem to specify a stronger tea or weaker tea depending on personal preference. The tea is served in lovely small, tulip-shaped clear glasses on saucers. In some cases, multiple glasses of  tea are transported on silver hanging trays. The flawless transportation of these trays was particularly impressive to witness at the bustling Grand Bazaar where there was a near constant stream of HOT tea deliveries to the vendors.

While we enjoyed tea throughout all of Turkey, our favorite cafe to relax in and have a glass of tea was definitely Dem Cafe. Next time you're in Istanbul, plan a visit!  Also, be sure to try their scrambled eggs -- some of the creamiest (and best) scrambled eggs we have ever tasted!